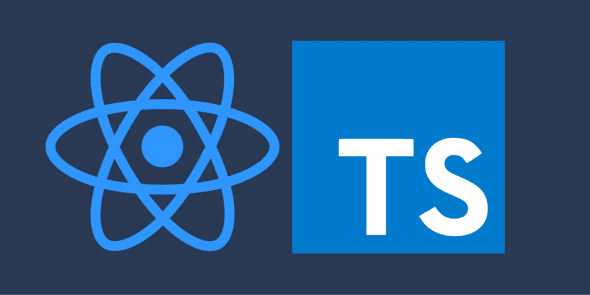 As the title suggests, I’ve been using TypeScript for about a year and I’d like to share some lessons I’ve learned along the way. TypeScript, as with most things in life, requires time, patience and experience to truly grasp how amazing it is. I’m still constantly learning new things about how the TypeScript compiler works and better ways to use types in my code. These are the things I wish I could have told myself early on in my use of TypeScript, once I got comfortable with the syntax.

As a preface, I’m a React developer, so much of the anecdotes I mention will be framed in a React context, but TypeScript really applies to all JavaScript code!

When I first got started with TypeScript, I was extremely diligent and frankly overzealous with granular typing. I didn’t let the compiler do anything—if there was a variable or function defined, I explicitly typed every aspect of it. Of course, one could argue that this is a good way to get yourself familiar with TS, specifically what it will admit and what it will turn its nose up at. I look back at .ts or .tsx files I wrote over 6 months ago and frankly cringe, as I’m sure most of us do with our past code in general.

Let me give a concrete example of why trusting the compiler can reduce the code you have to write while also giving you the benefit of type safety. Let’s say you have a register form where users can sign up for your service. They just have to input an email and a confirmed password. Here’s what I would have done when I first got started with TypeScript:

Here’s the thing, although all the typing might look ~cool~, it doesn’t really provide us any benefit as a developer. This is because TypeScript is capable of type inference, which means that your explicit types are, for the most part, pointless. Now there are definitely going to be scenarios where the TS compiler’s inference falls short, I’d just encourage you to leverage it as best you can until that point.

You could achieve the exact same type safety as above without the use of an interface:

Note however, this isn’t the case for React component props. Props should always be explicitly type because where they’re defined is outside of a consuming component’s scope and TS is therefore not able make any type inference about them.

Define types with others in mind

The more you work with TypeScript, the more you realize that it really isn’t for you. By that I mean, the time you spend adding type definitions to various portions of your API isn’t necessarily just for your benefit. Other developers with less knowledge about a given codebase will be very much aided by supporting type definitions. This is especially the case if a backend developer (not a Node.js dev) who’s more familiar with statically-typed languages is poking around a JavaScript codebase. Being a naturally dynamic language, JavaScript can be off putting to those that aren’t familiar with it, simply because it lacks types, which it gains when using TypeScript.

Apply DRY principles to your types

If you aren’t familiar with the DRY principle, it stands for Don’t Repeat Yourself. This is a concept applied to writing code that frowns upon duplicating logic in multiple places. The same mentality should be applied when defining your types/interfaces—even if it’s a matter of one or two properties. TypeScript is a particularly flexible type system thanks to its utility types. These, I’d argue, are essential tools in a seasoned TypeScript developer’s tool belt.

Let’s look at some examples.

Let’s say you have a User interface that has all of its properties required when creating a new user, but in the case of updating a user, any of those properties can be passed—in other words, none of the properties are explicitly required. In a world without the Partial utility type, this would look something like:

The same could be achieved with the Partial type, but with much DRY-er code. This utility type just makes every property optional for a given type:

Two other utility types that I use more often are the Pick and Omit helpers. These allow you to utilize already defined types/interfaces but be much more selective about certain properties. For instance, let’s say I have a similar User interface as defined above, but this new User has some metadata that my client-side app doesn’t really care about:

If I have a form that pertains to a user, I can point to the same User interface while “omitting” the properties that I don’t care about:

Now I’ll have the same type-safety as I had with the original User interface, “omitting” the id and updated_at properties, which I have no use for as a front-end dev. And when that original interface is updated, so is my form type. The inverse effect can be achieved with Pick, where you can just select a subset of properties that you want a given variable to adhere to.

There’s been many a times where I’ve been trying to debug a “type” scenario and just can’t seem to get passed it. If you’ve been there, you know exactly what I’m referring to. The scenario where you know as a developer that the type-safety for this particular portion of the app is icing to say the least, but why your type declarations aren’t working is stumping you and you refuse to give in to the type monster! Trust me, I’ve been there plenty of times. The more time I’ve spent with TypeScript, though, the more willing I am to forfeit those battles. After all, typing is for a team benefit, and if the compiler is rejecting your type annotations, there’s likely something wrong with your code. I’d much rather succumb to the compiler than have to slap a @ts-ignore into my code. That’s just me though!

I hope that these examples can help others find their way in the TypeScript pond.